Took a walk out today (17/2/18) to get some fresh air and see what was about on my local patch.  It all seemed very quiet to begin with but as the walk progressed things began to look up.  There were quite a few Blackbirds, Great and Blue Tits, Magpies and Wrens.  On all of the lakes were small flocks of Mallard Ducks.  On lakesides and on the water there were some really interesting sightings about. 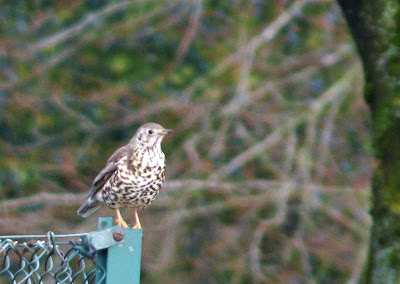 Perched on a fence post was this Song Thrush which sang loudly for a bit before popping down to the field for some juicy worms. 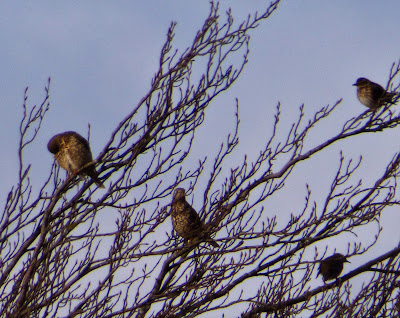 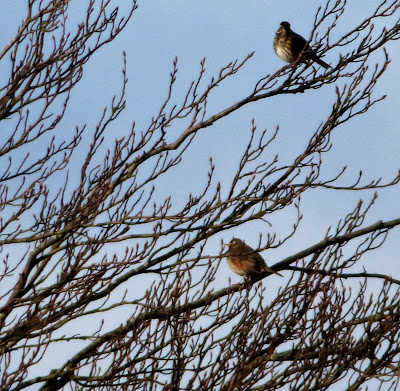 On a tree at the side of the Upper Reservoir was a small flock of Redwings.  As it was getting late in the afternoon I think these guys may have been preparing to roost there for the night. 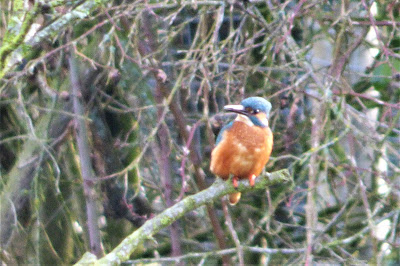 As I walked along the footpath by a small stream I heard a familiar sound but at first could not see where he was but soon located him beside the narrowest spot of the stream.  I watched him for quite a while as he focussed on the water but eventually he decided to move on.  An encounter with a Kingfisher on a cold damp day is always uplifting to the spirit :) 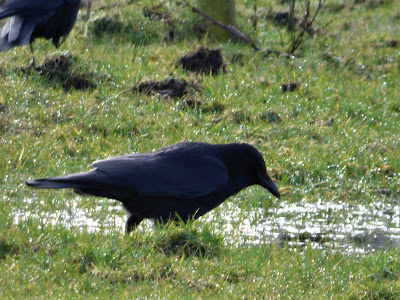 Further along the path a couple of Carrion Crows dropped down for a drink.  There are quite a few of these about the area﻿ 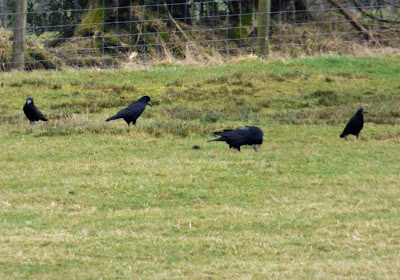 But I must admit I had not seen very many Rooks around for quite some time.  But there were about 15 in this field and a few fields further away about the same number were spotted. 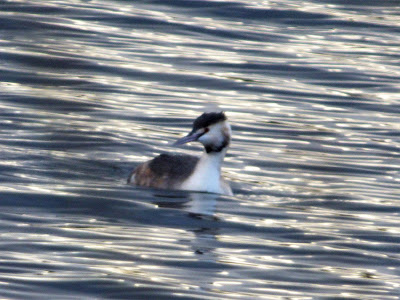 On the water our old friend the Great Crested Grebe was watching my activities.  There were only 3 or 4 of these on the reservoirs, there are usually a lot more. 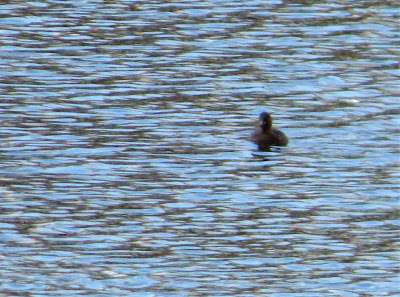 In the distance on the Upper Res I spotted his cousin the Little Grebe.  I think this is the same bird that has been here for most of the winter.﻿
﻿ 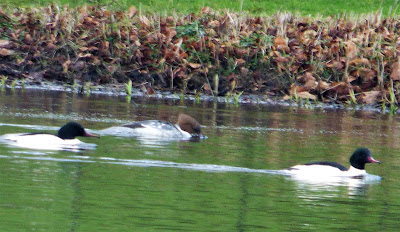 However there were a good number of Goosanders on Slipper Hill Res, I think there were 8 or 9 in total, can't be certain as they were in and out of undergrowth. 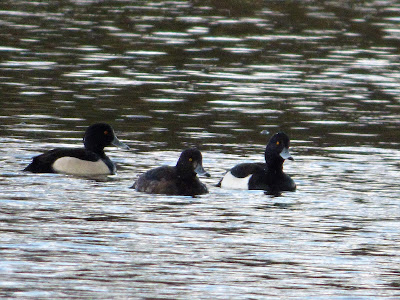 There were also a number of Tufted Duck on two of the reservoirs. 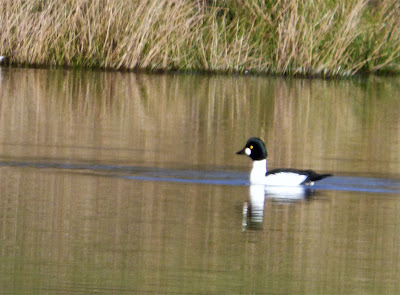 About half a dozen Golden Eye spent their time in the middle of the Upper Res.  They seemed to be paired up as there were 3 males each with a female. Some Teal were found on both the Slipper Hill and Upper Foulridge Reservoir. 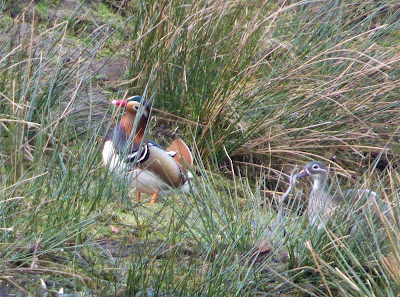 and a nice pair of Mandrin Ducks, nice to see the male has fully molted from his winter plumage in readiness for the mating season. 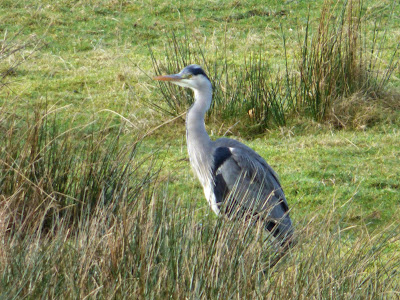 It is rare to visit these areas of water without coming across a Grey Heron but it is nonetheless lovely to see.  I did not see this guy before he flushed but clearly I didn't spook him too much as he only went a short distance. 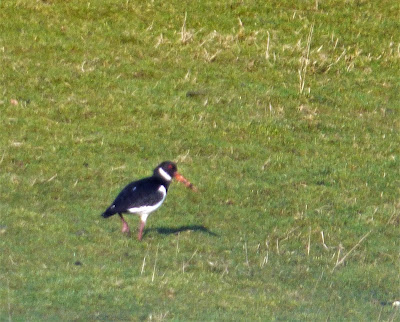 The Oystercatcher is not a bird I have seen very much around.  They are relatively plentiful around the area but not seen them much near the lakes.  In any event there were 3 by the side of the Upper Lake today. 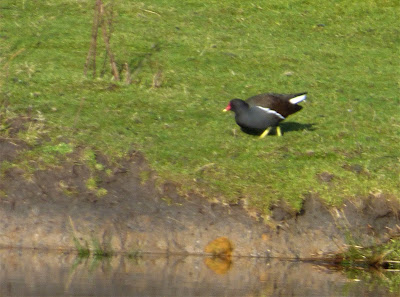 A regular in the area is the Moorhen and today I spotted about 12 of them across the lakesides. 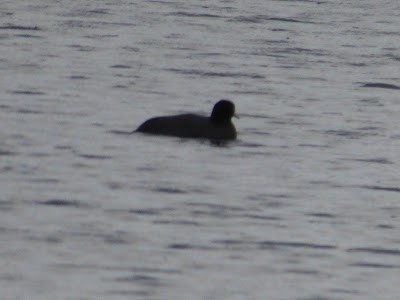 And a couple of Coots on the upper lake.  It had started rain so the photo is a bit rubbish but I think you can stiff see. 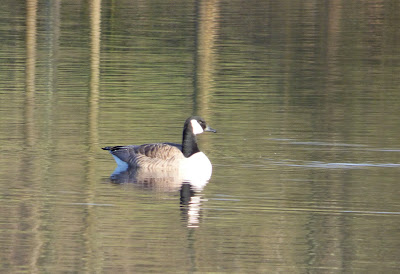 Along the south side of the Upper res was a flock of 80+ Canada Geese happily grazing in the field.

In addition there were a half dozen Cormorants which were seen flying over and at a distance but I did not manage to get a photo of them.

A great day out on my local patch after a while away.  It did not disappoint at all despite high numbers of dog walkers and a fleet of sailing dingys on the main lake.  Great fun.