Last Saturday I had the opportunity to travel to Fairburn Ings in Yorkshire (SE451278) to spend some time at the nature reserve there.  The trip was planned by my good friends at the East Lancashire Ornithologists' Club ELOC (www.eastlancsornithologists.org.uk, Facebook www.facebook.com/groups/769823696506941 ) and a group of 6 or 7 arrived for the walk.  The weather was blustery with some very heavy rain showers so a bit of time was spent in the hides on the reserve.  We first went to the western end of the reserve to the Lin Dike hide and had some nice views of a perched Osprey in the distance and a little later observed it being harassed first by crows and then by a single Peregrine as it flew off to the west. 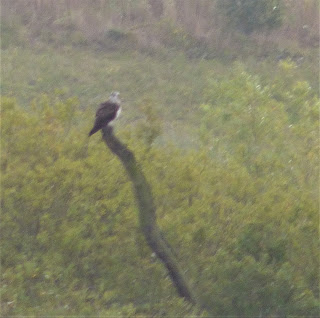 Unfortunately my photos were very distant or the one below which was almost direct into the sun. 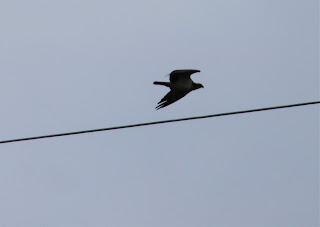 However, there are a few better ones on the clubs Facebook page.﻿ 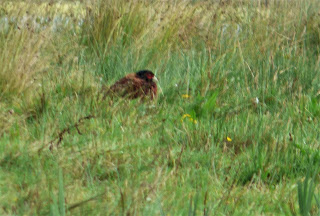 Also as I passed along the path I spotted a Pheasant in the distance, he was huddled down clearly not liking the weather much either. 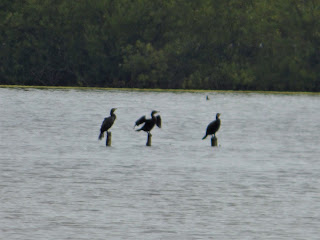 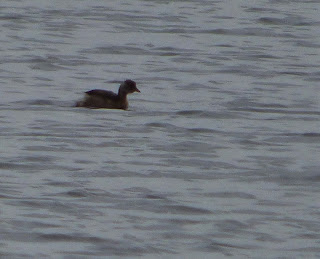 and a couple of Little Grebe fishing in the lake. 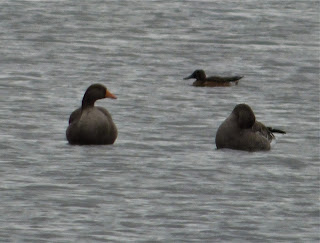 Towards the middle of the lake there were a number of Shoveler Ducks feeding in the shallows and a pretty large number of Greylag Geese resting around the shallows.  Other ducks on site included Gadwall, Mallard and some Tufted Duck. 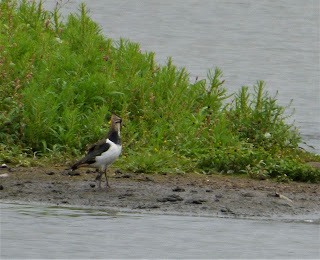 Scattered across all the lakeside edges on site were number of Lapwing,  I think we counted around 50 in total. There were also a couple of Mute Swans on site. 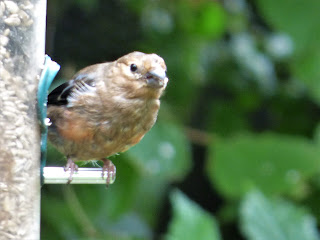 Just beside the visitor centre we were watching a little flock of Tree Sparrows at the feeders when we noticed this little guy popping in.  There are a number of Bullfinch on site according to the warden but this juvenile was the only one we saw. 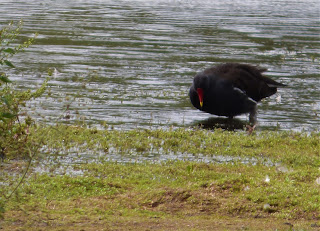 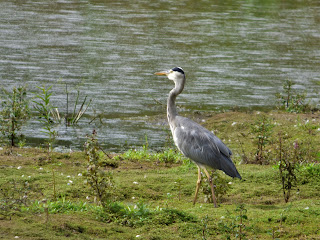 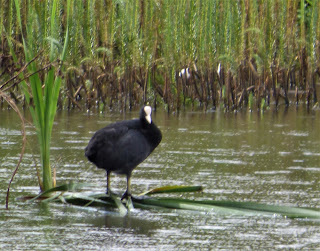 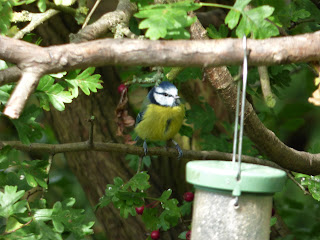 Blue Tit and Great Tit although the Willow Tit and Bearded Tits which I understand are on site alluded us on the day. 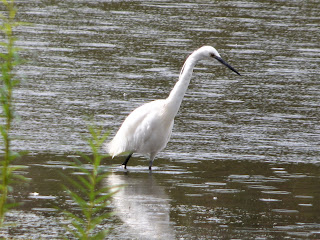 There were quite a few Little Egret all across the site.  Funny how these are now reasonable commonplace when a few years ago spotting one in the UK, especially the north, would have been cause for celebration. 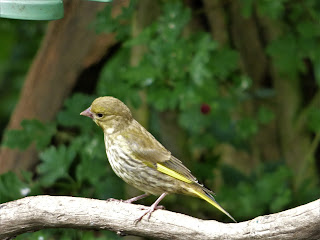 I spotted a number of Greenfinch on site too but struggled to get any photos until this guy decided to do a little posing. Lovely little birds. 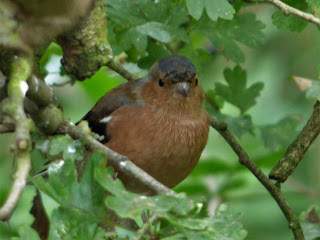 As are the Chaffinch which were also not particularly easy to photograph either.  Other birds I was quite excited to spot included a pair of fighting Green Woodpeckers and a small flock of Swift.  There were a large number of Barn Swallow about feeding frantically above the lakes.  I guess they are fuelling up for their trip south.  Along the edge of the lake we also spotted a Ruff and a single Common Sandpiper but my photos of both were terrible.

I really enjoyed my trip out to Fairburn Ings.  Unfortunately it was cut short by some very heavy rain which caught me out and left me soaked through but it is definitely a place I will revisit.

© Bernard Bracken
Posted by bernard at 06:55 No comments: